Metropolitan areas have grown intensively worldwide over the past century.
In the recent years and within that context, architects have developed a variety of concepts for ‚open‘ structures in public spaces or squares (i.e. Metropol Parasol, Sevilla). They can provide protection from weather, traffic or urban bustle and provide space for markets or public events, such as concerts, theater or art exhibitions and much more. In this context, a protective, structural ‚system‘ should be developed that fills, adapts to or can be superimposed onto existing urban environments. 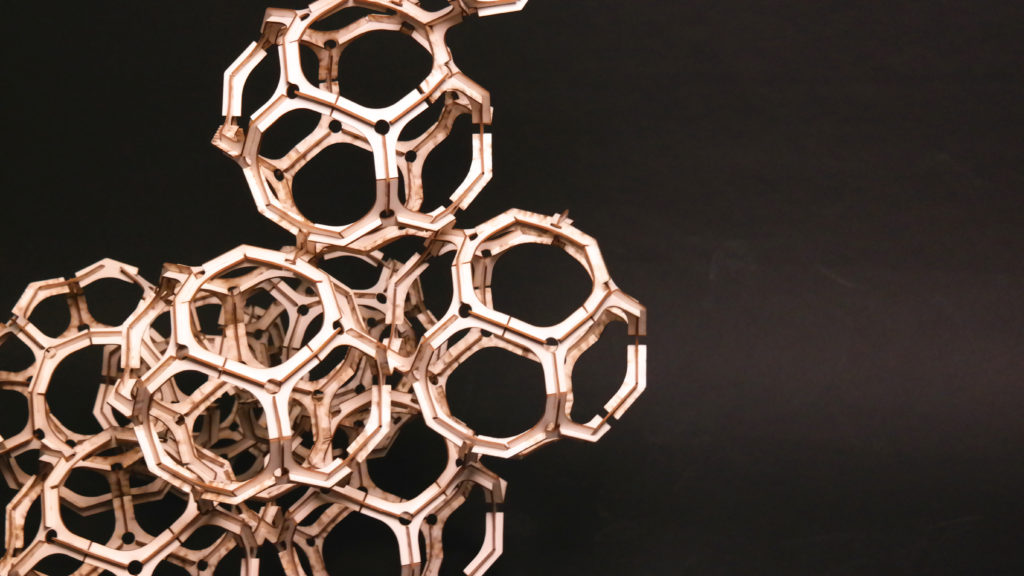 The task ‚Spatial Structure‘ started with an experimental phase in which material properties, connection attributes (slot depth/width etc.) are tested and a 3D model in Rhino 5.0 is created. After that, various prototypes with the provided CNC cutting machines were built and the spatial possibilities were explored, based on the material behaviour, properties and the opportunities of digital fabrication processes. 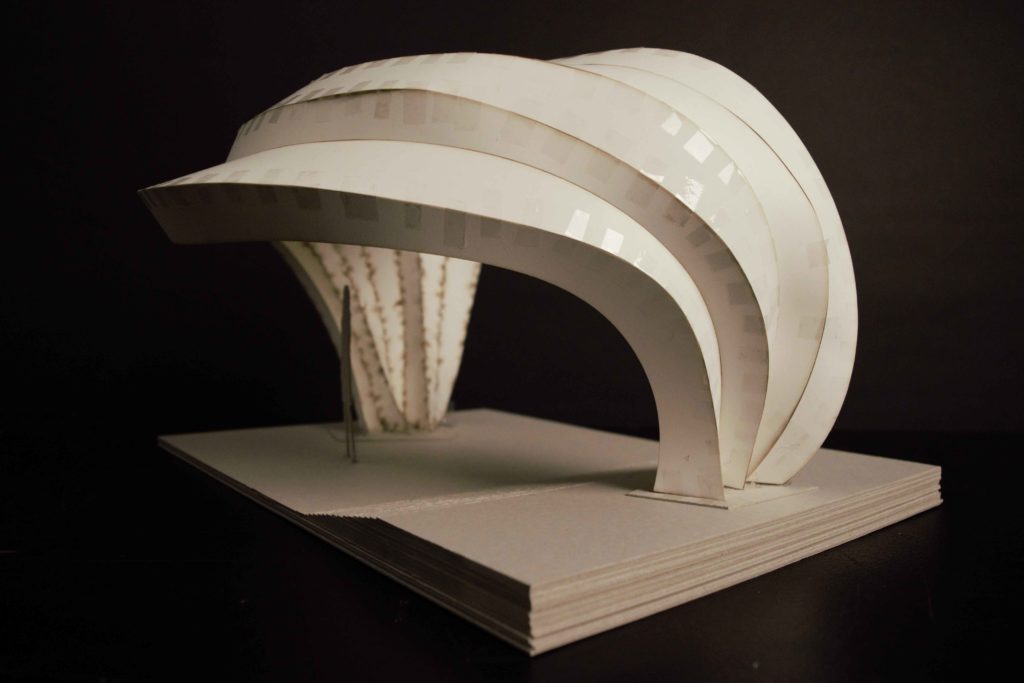 The first task aimed at the creation of a prototype structure made of 2D laser cut parts that could be bent, twisted or/and simply connected to a 3D framework. Students experienced the interdependence of multiple design parameters depending on technological, functional and aesthetic aspects and their interconnection through a circular, metamorphic design process.

The task was developed in groups of two students.
The cross disciplinary‘ teams for the first task consist of min. 1 MIAD and 1 MID student
In the seminars the team members modeled their prototypes in Rhino independently. 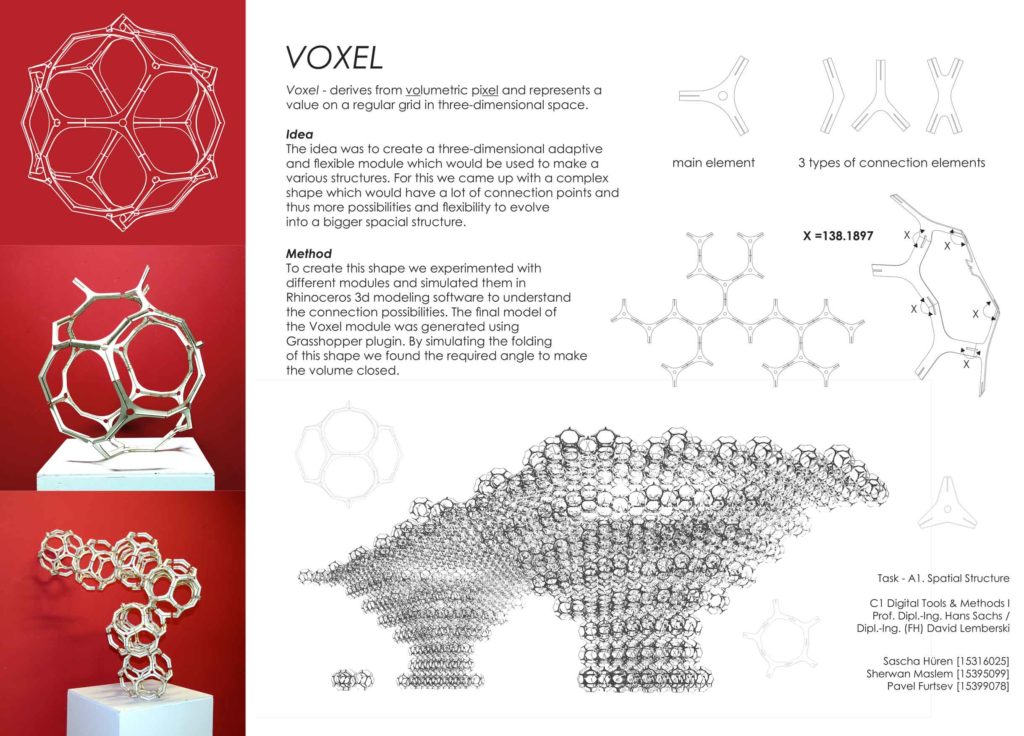