In recent years, the use of digital media, its tools and methods has not only vastly influenced the way architects and interior designers work, but it has also significantly altered design language, the appearance and perception of architecture. The computer is probably the most comprehensive and dynamic medium that the architect had ever available for the development and realization of spatial concepts. To truly benefit of this potential requires the ability to understand the computer as an interactive instrument and to use its artificial intelligence as a creative extension of possibilities

The aim of this course was the integrative use and development of digital tools for the design, presentation, planning and implementation of architecture respectively a prototype of an architectural installation. The focus here was on both: the intermixing and the targeted use of digital and analogue working techniques and tools as well as the reflection of the used techniques and methods by the students themselves.

In the „Form Finding Fabrication“ workshop, students learned how to combine processes of the craft experiment, digital modeling and fabrication. The hereby developed folded paper structures and prototypes were then staged in a fictitious space in the second part of the task. In this process the students have also mixed analogue and digital drawing techniques, i.e  by the integration and modification of hand sketches in photoshop and the other way around. The aim of the task was to combine the following working techniques (analog / digital) like hand drawing, digital image processing and 3D modeling into an artistic representation of architectural space. 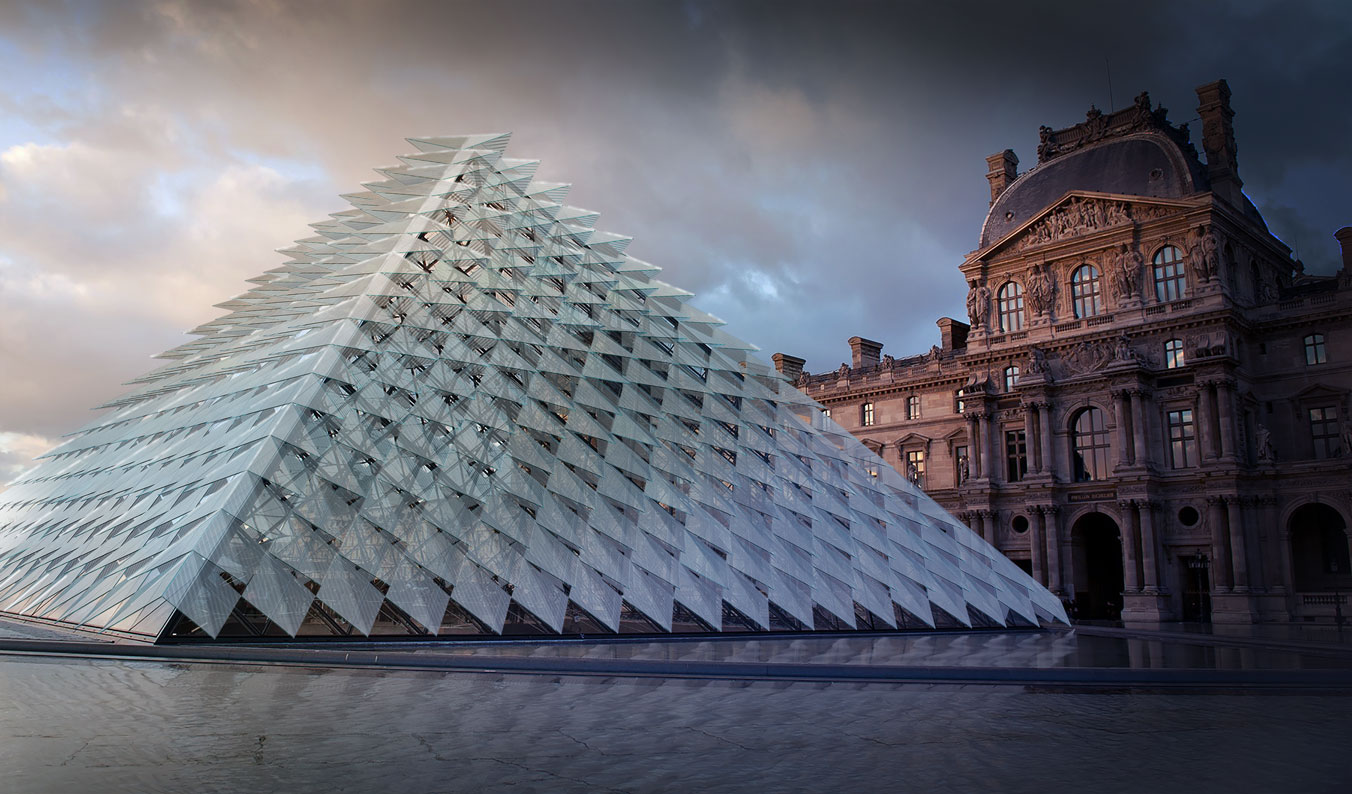 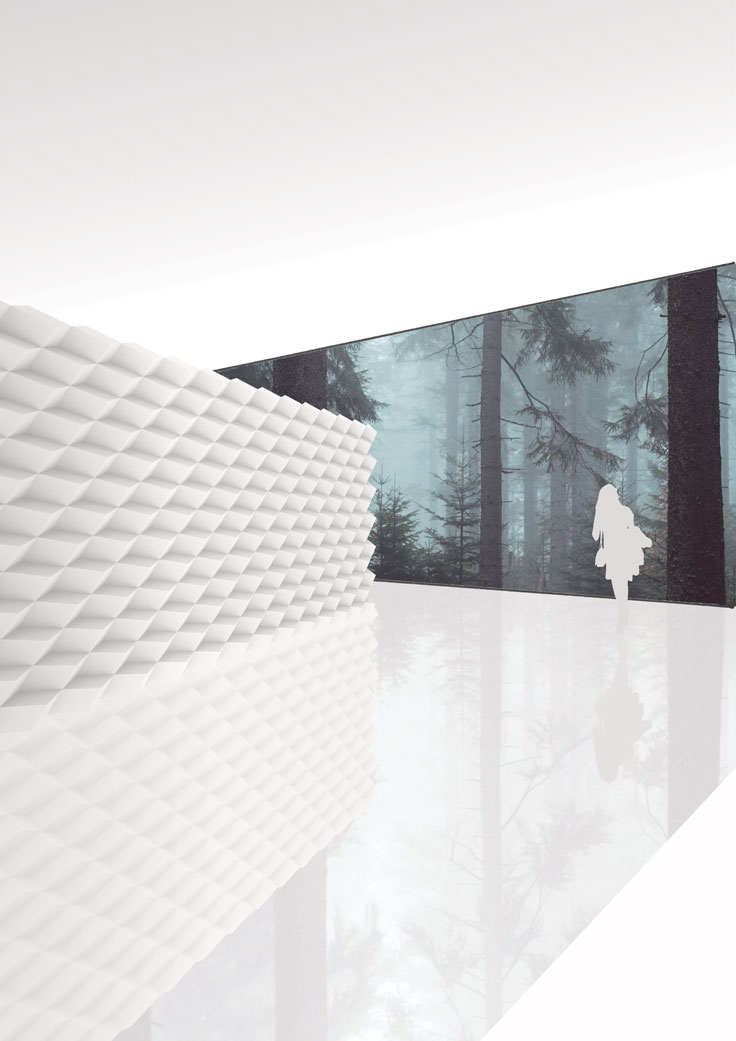 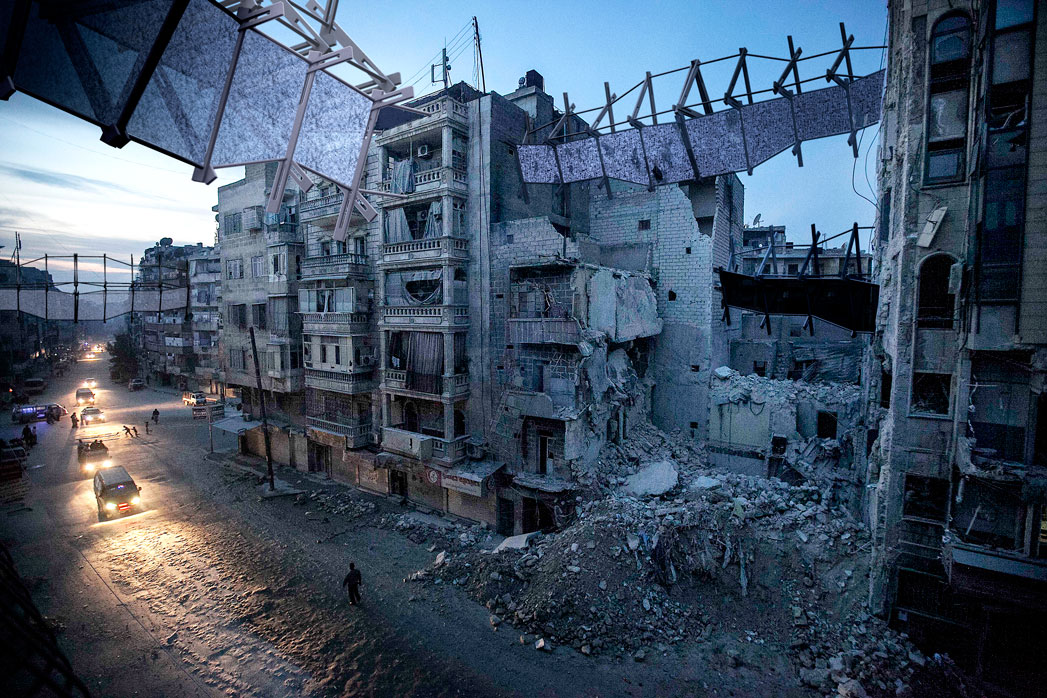 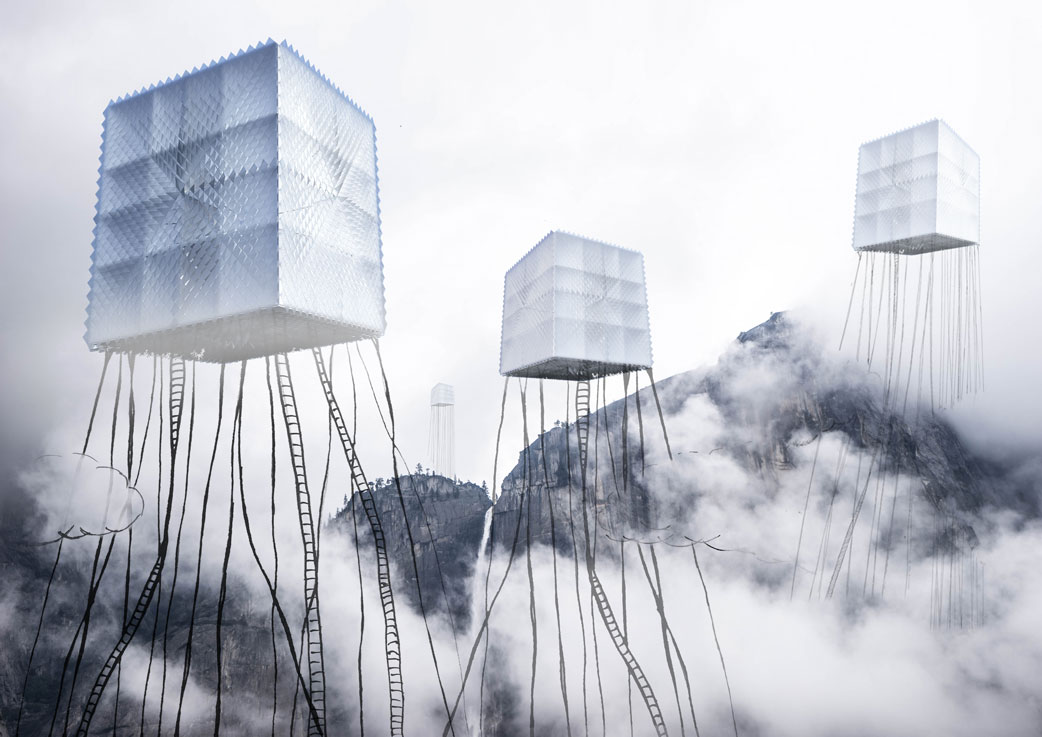 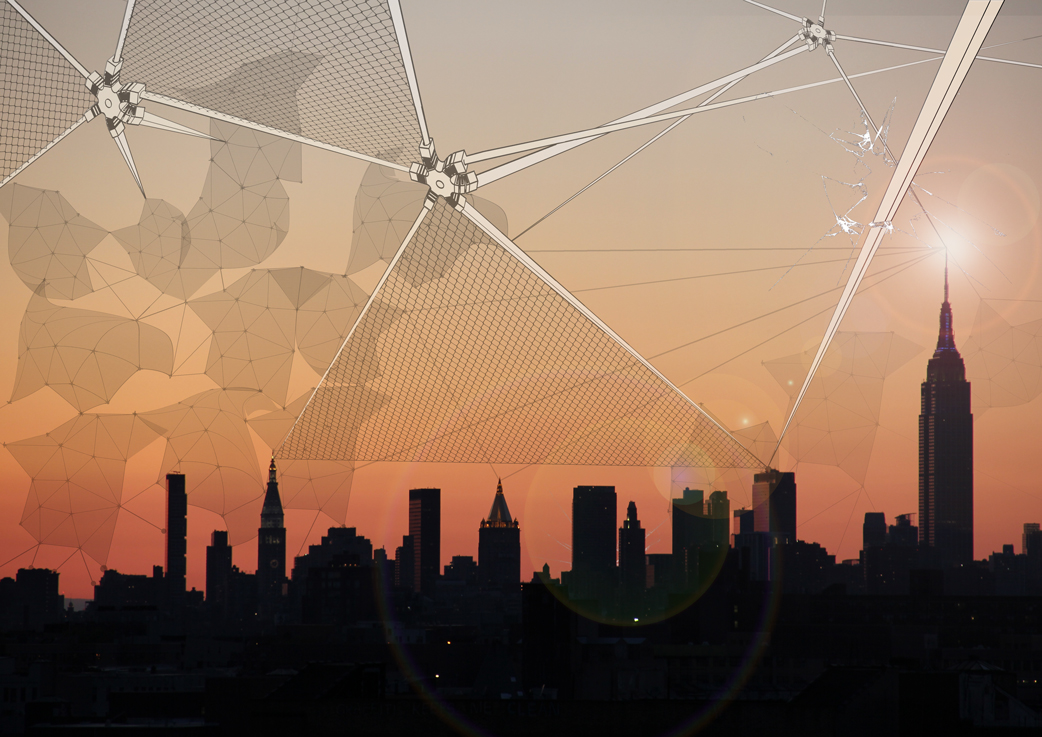 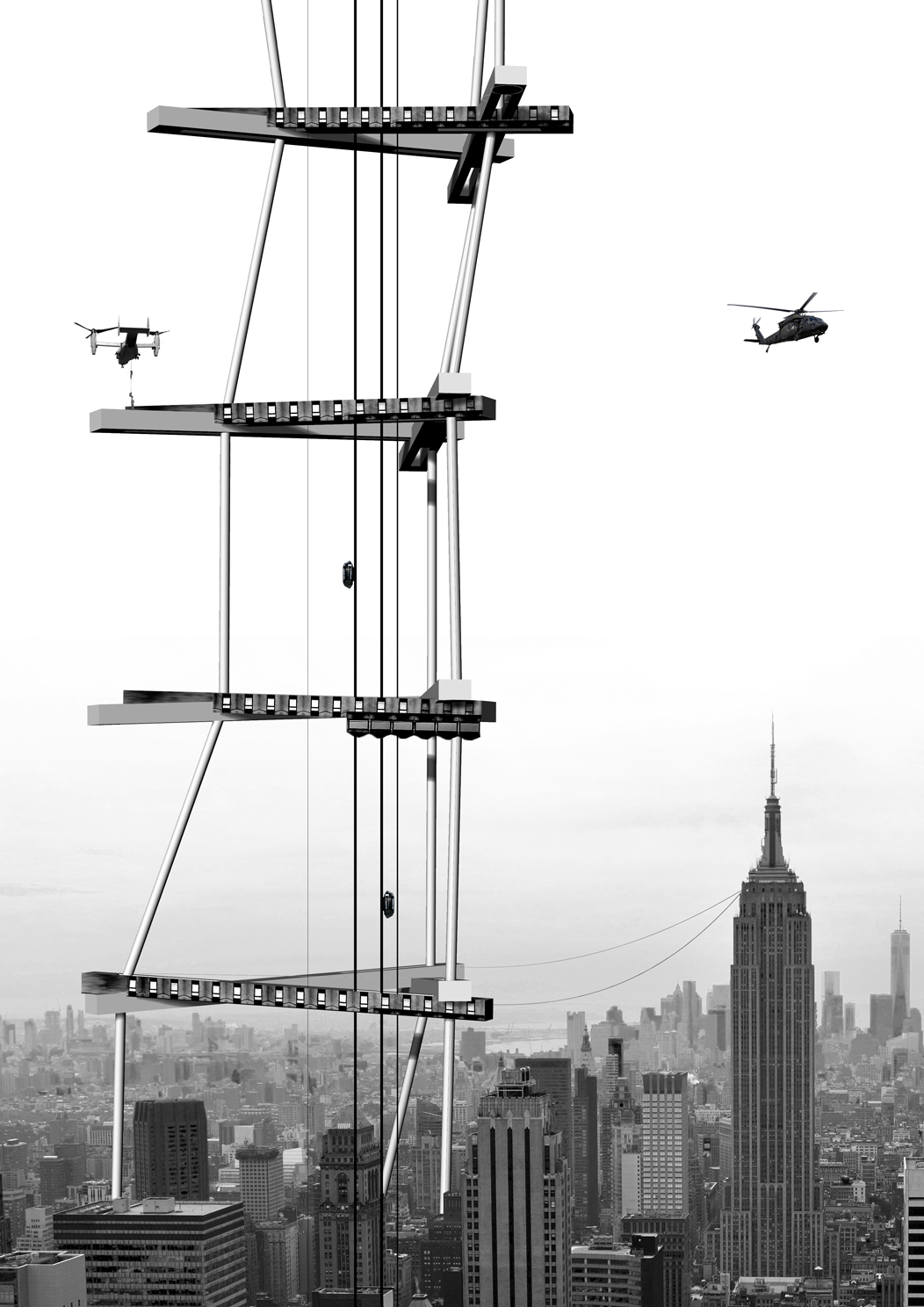 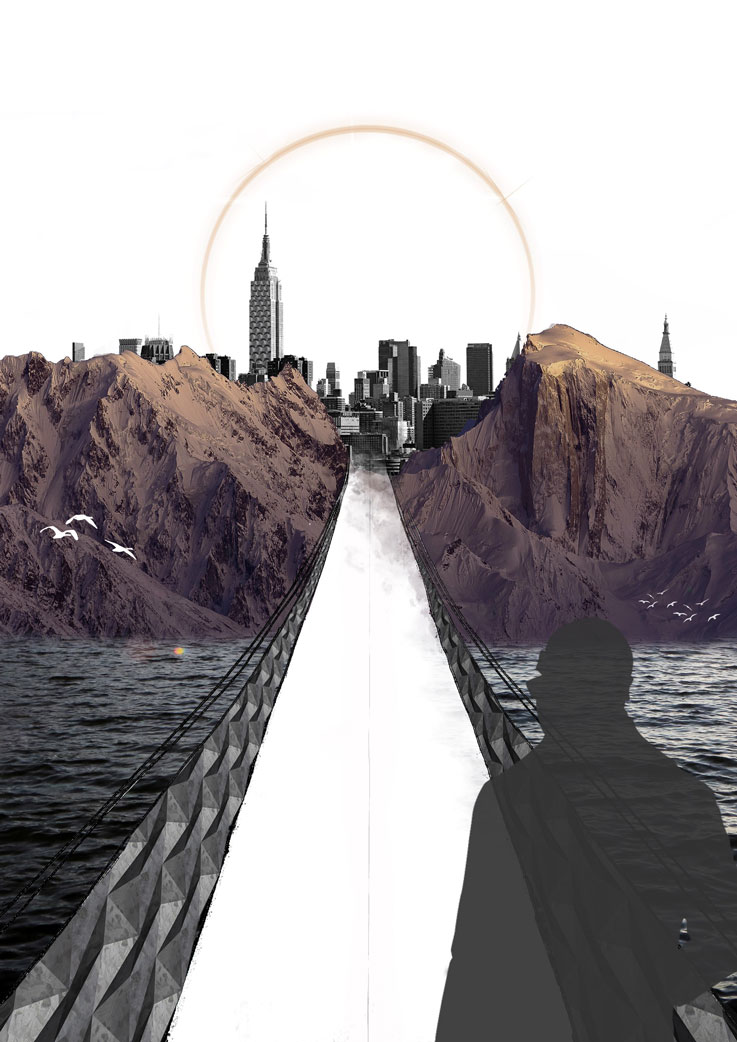 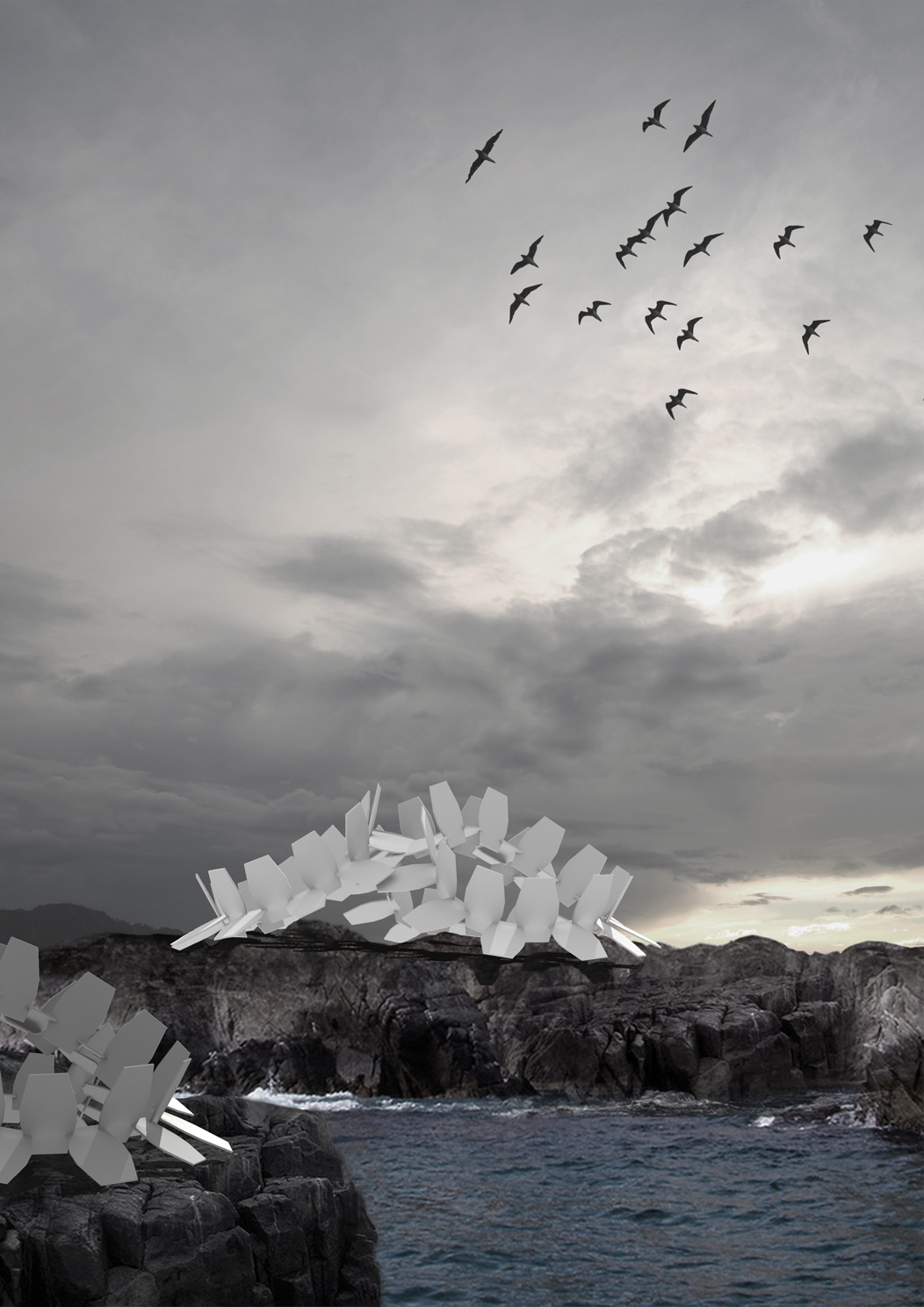 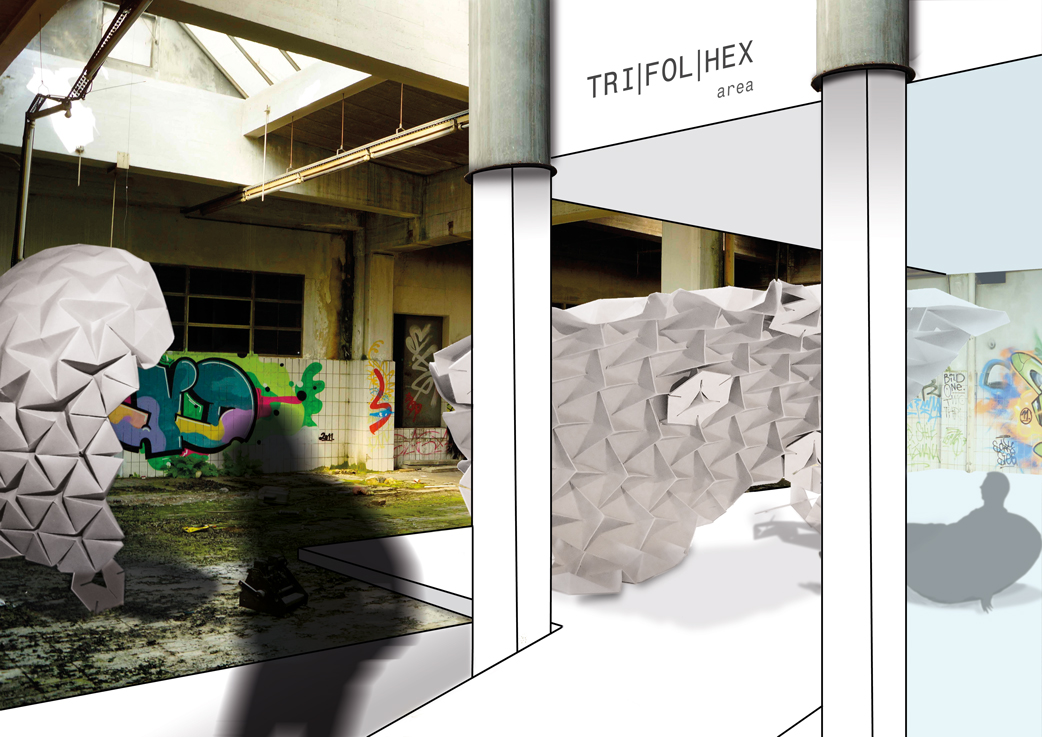 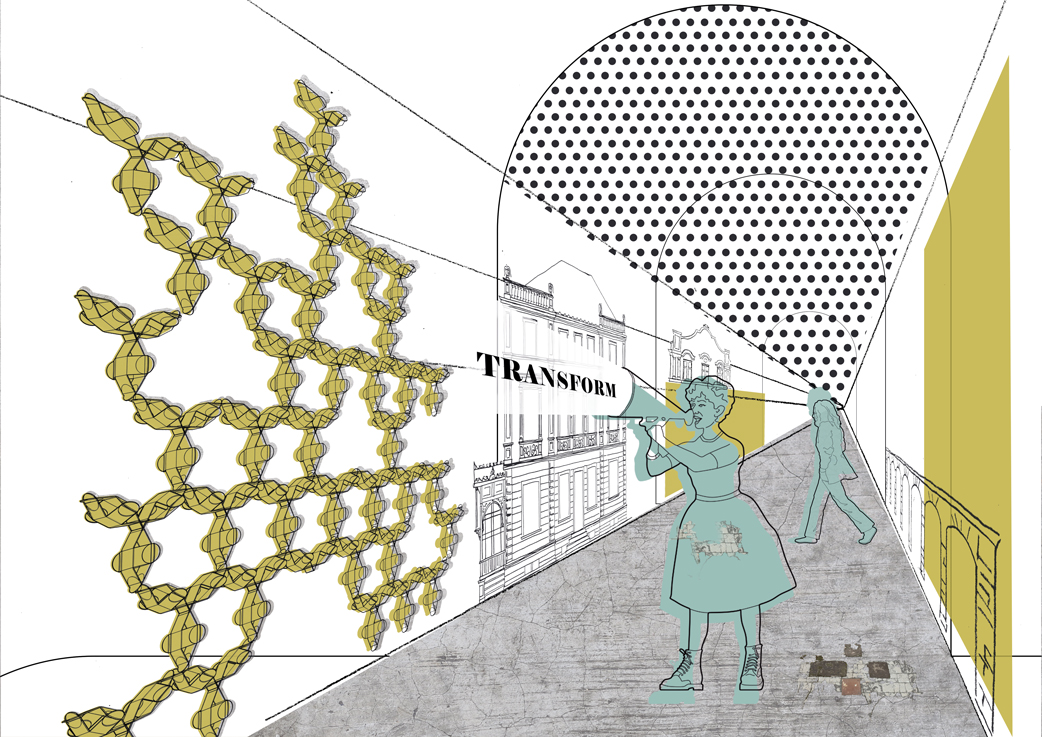 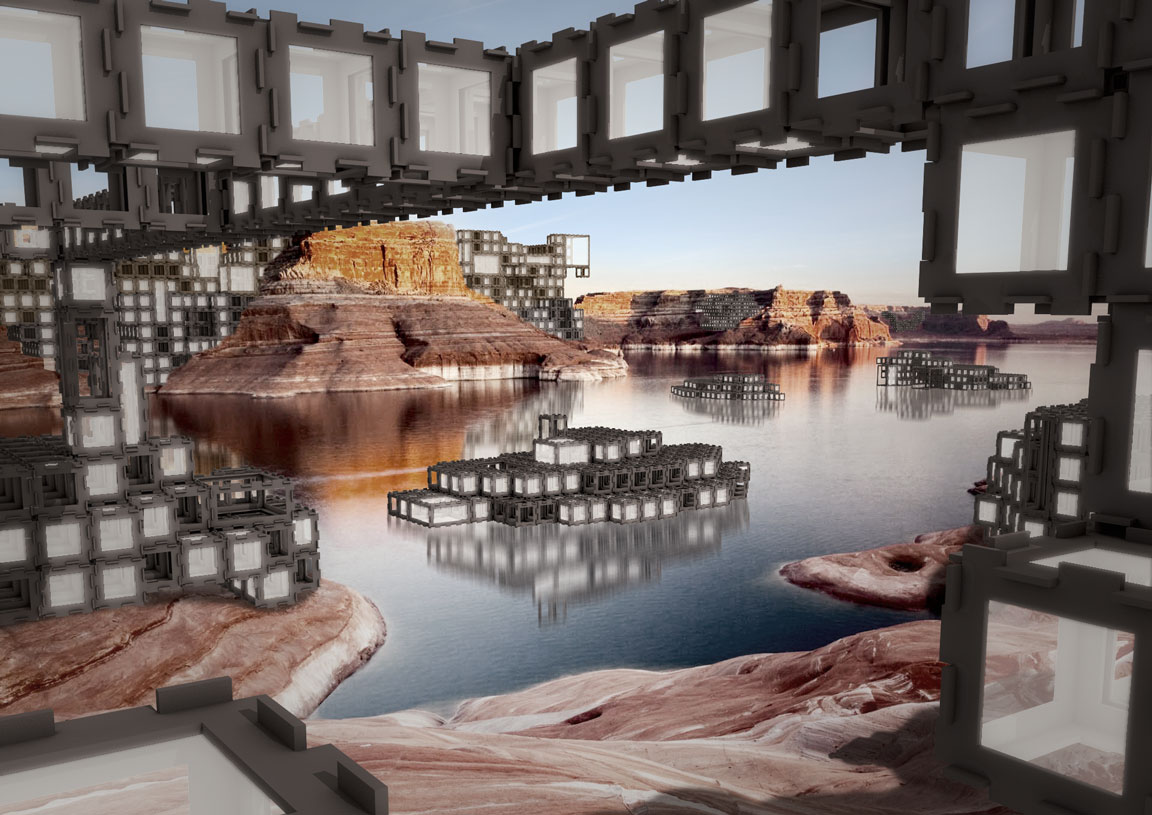 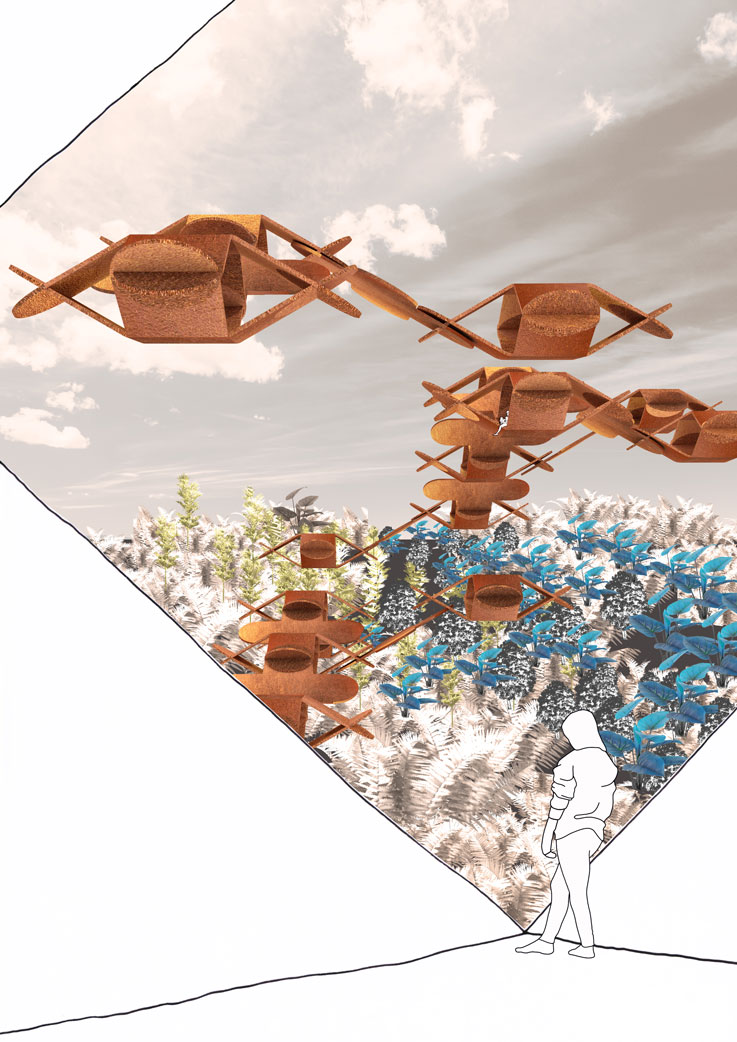 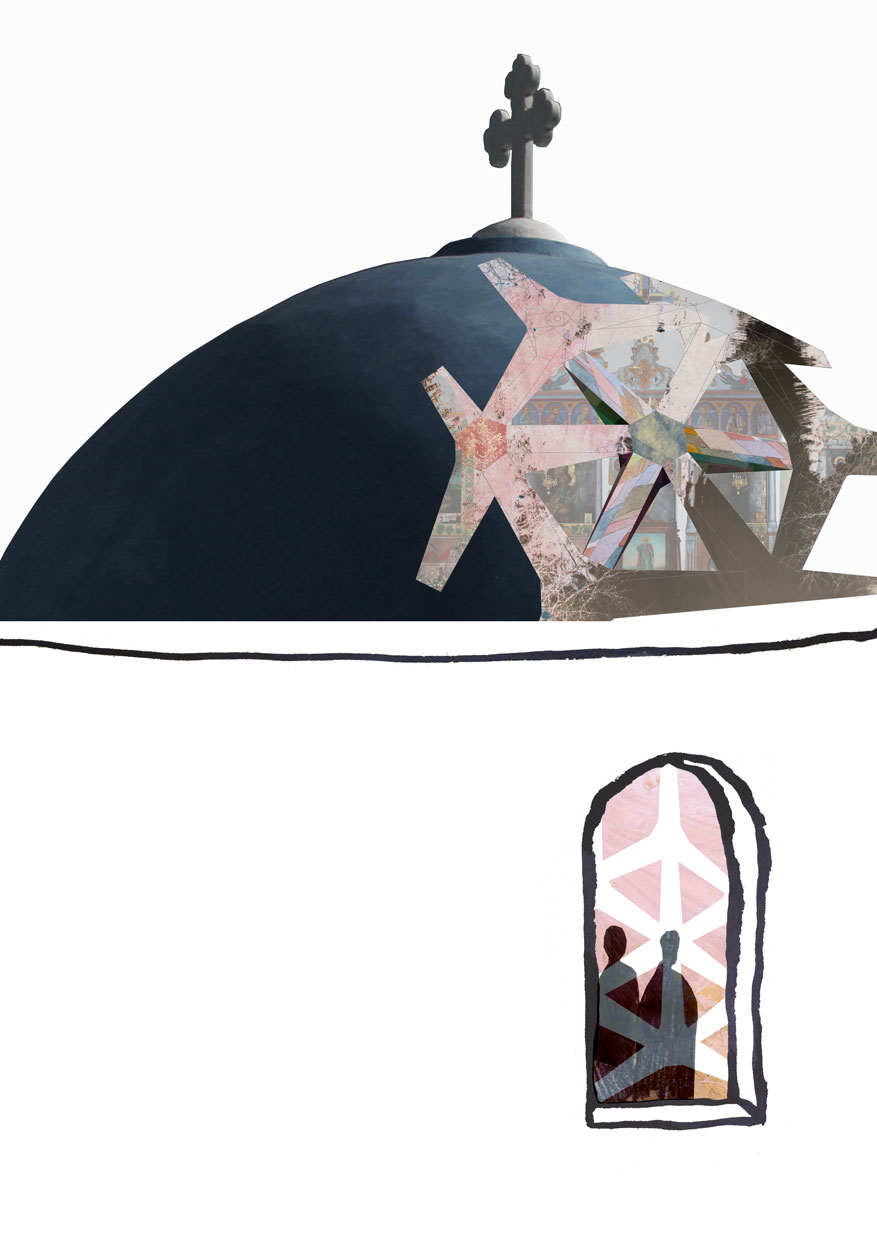 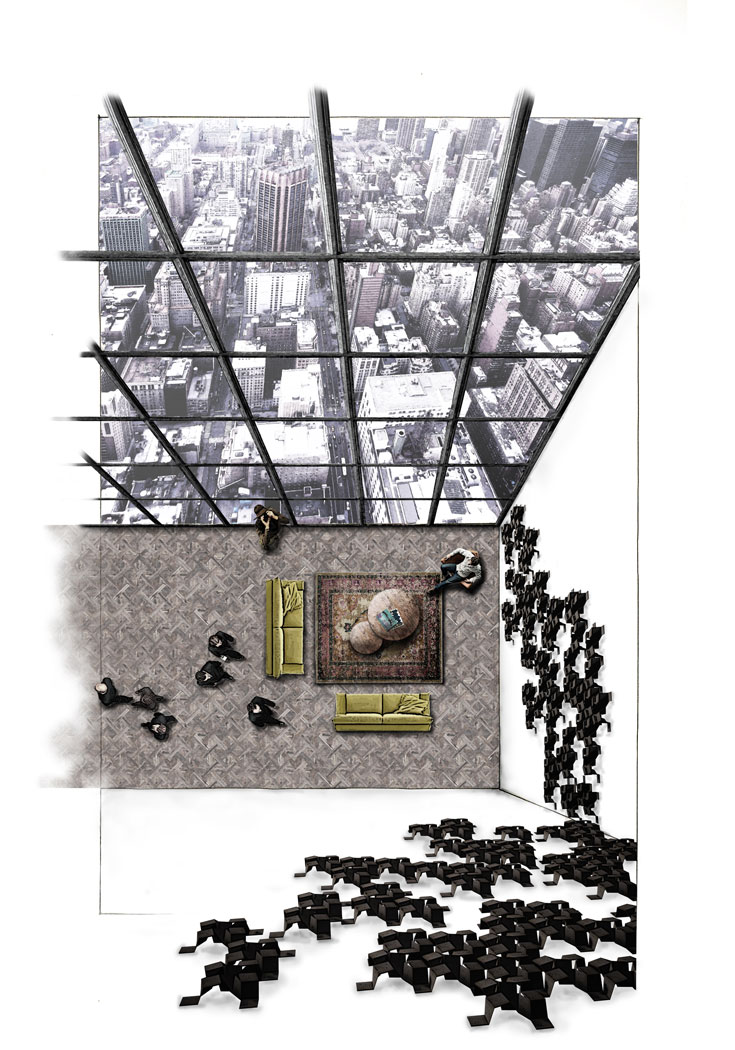 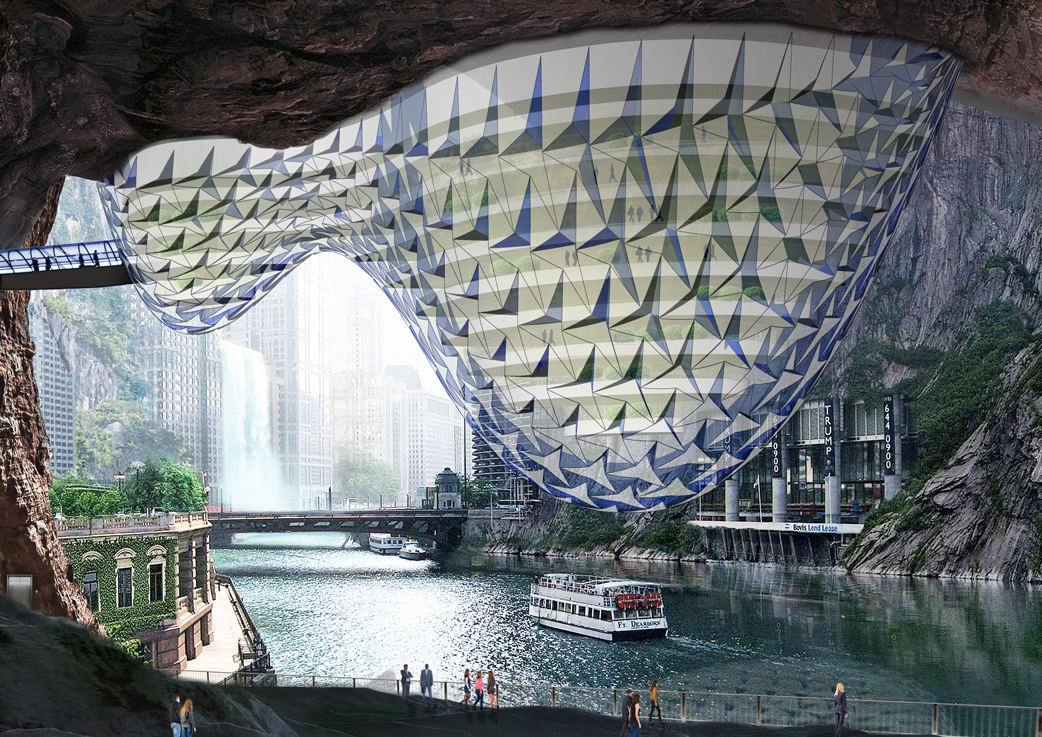 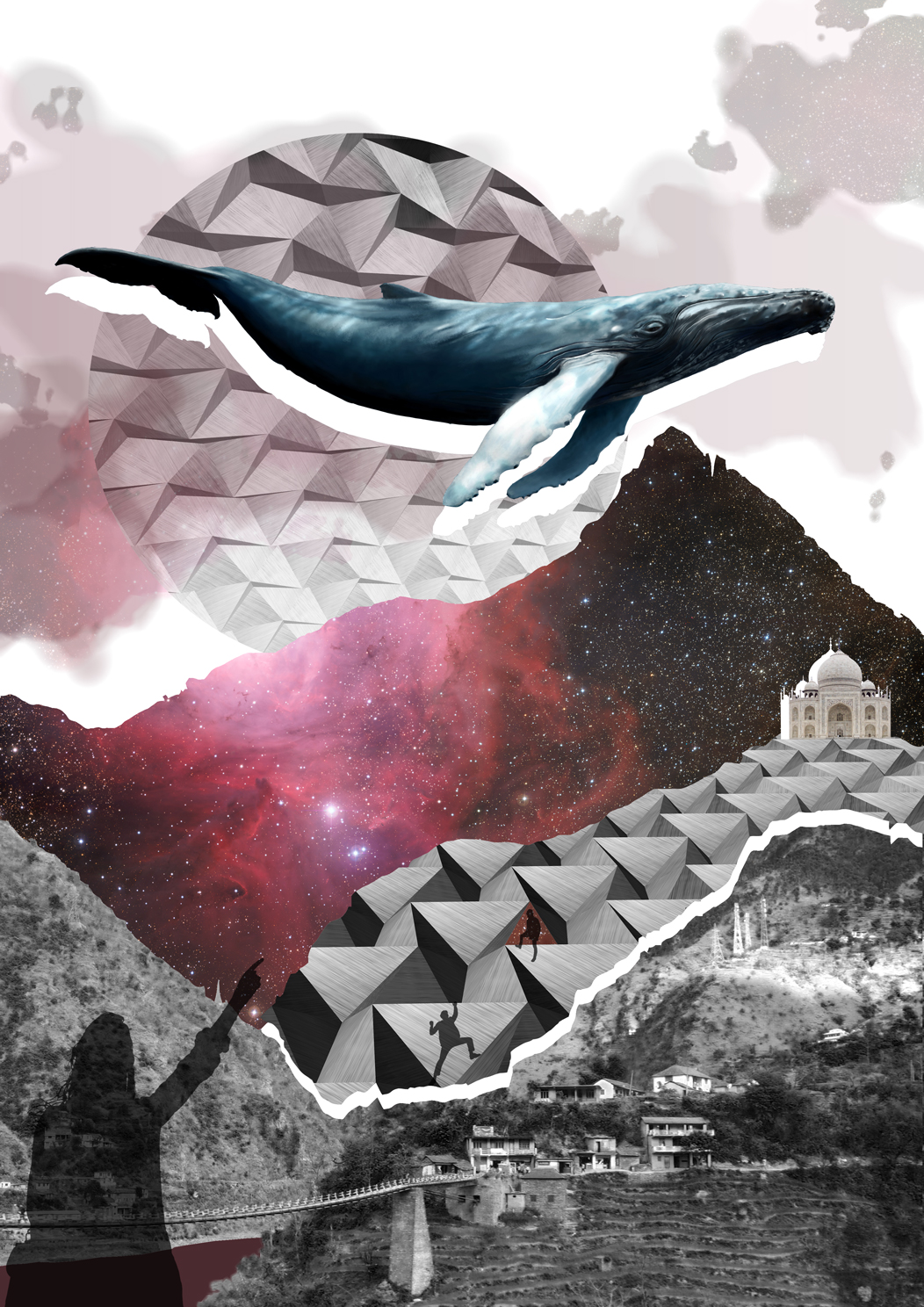 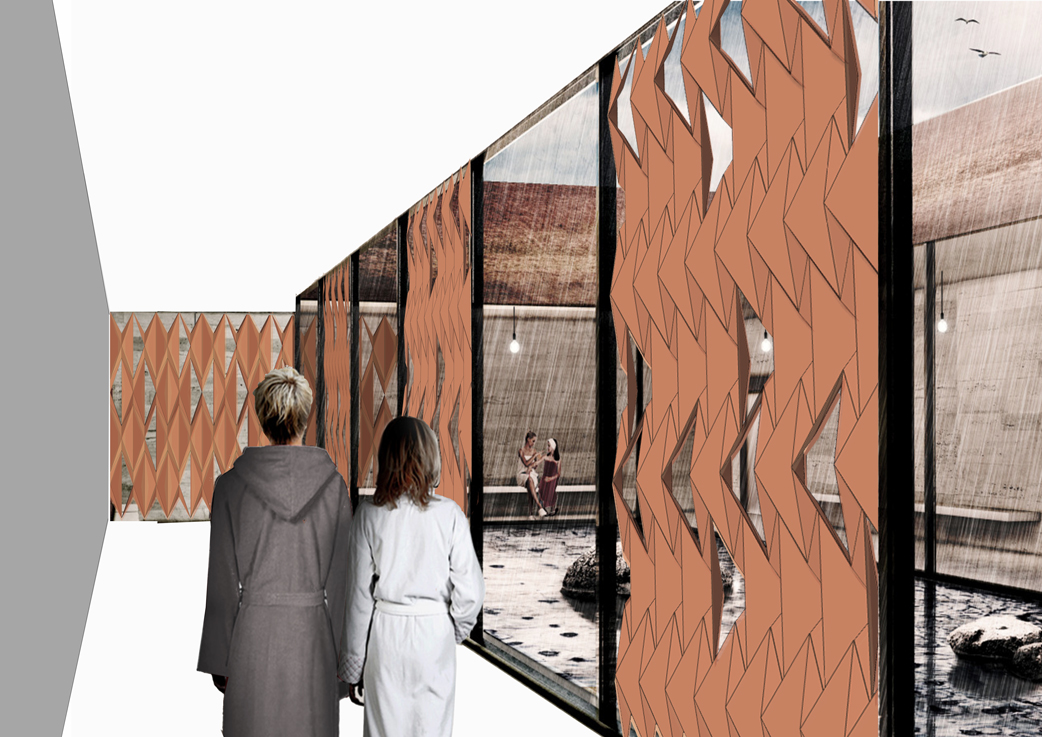