Yona Friedman is an hungarian-french architect, born in Budapest (Hungary) in 1923, his work is one of the most visionary ones since the second half of the 20th century, and his ideas have inspired to urbanist, architects, designers and sociologist all around the world. His projects of ‘La Dissolution de l‘Architecture‘ are conceived as a continous process, the „work in progress“ of an architecture in movement, capable of changing during its process and during time: La Dilution de l‘Architecture. 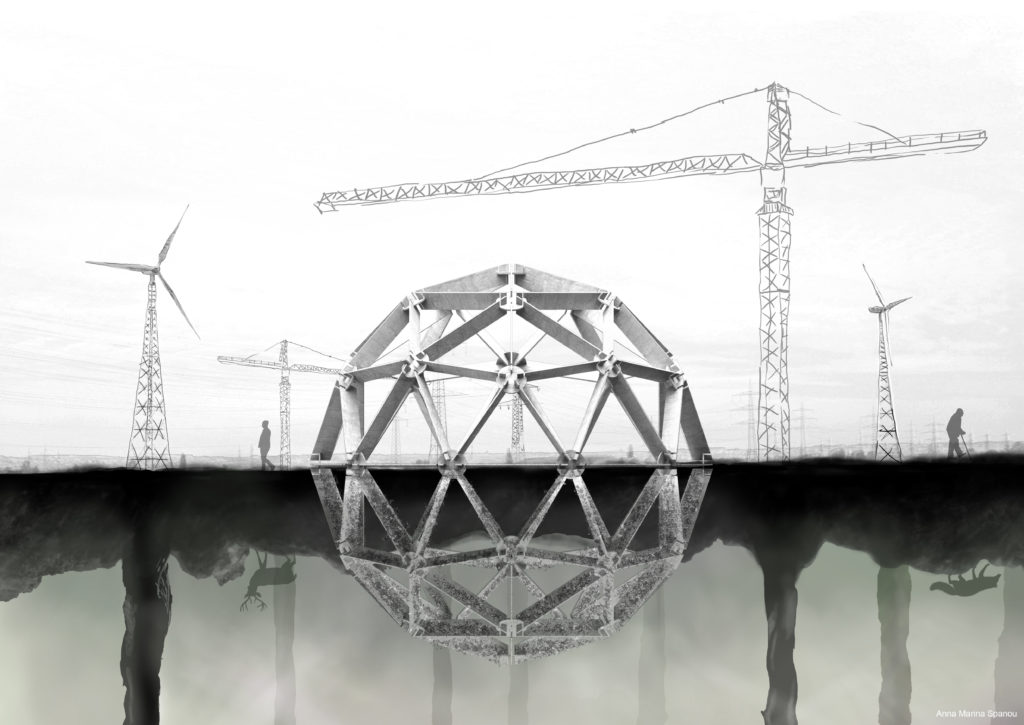 MID and MIAD master students developed a collage of pictures of urban environments and self – in the previous ‘maker task’ – developed spatial structure (T1) structure that represents the idea of an extendable, adaptive and possibly mobile architectural system, which is raised and hovers above an urban landscape or existing architectural structures.
The Collage should rather describe an absurde and fictive concept of a built environment than a realistic, feasible architectural model. The final image should be generated in a crafting inspired, circular process of transferring finalized views of the 3D model in Rhino (wireframe, shaded model, rendered model etc..) into Photoshop. In Photoshop the drawing‘s scale, lighting, material textures and perspektive were to be adjusted and refined. 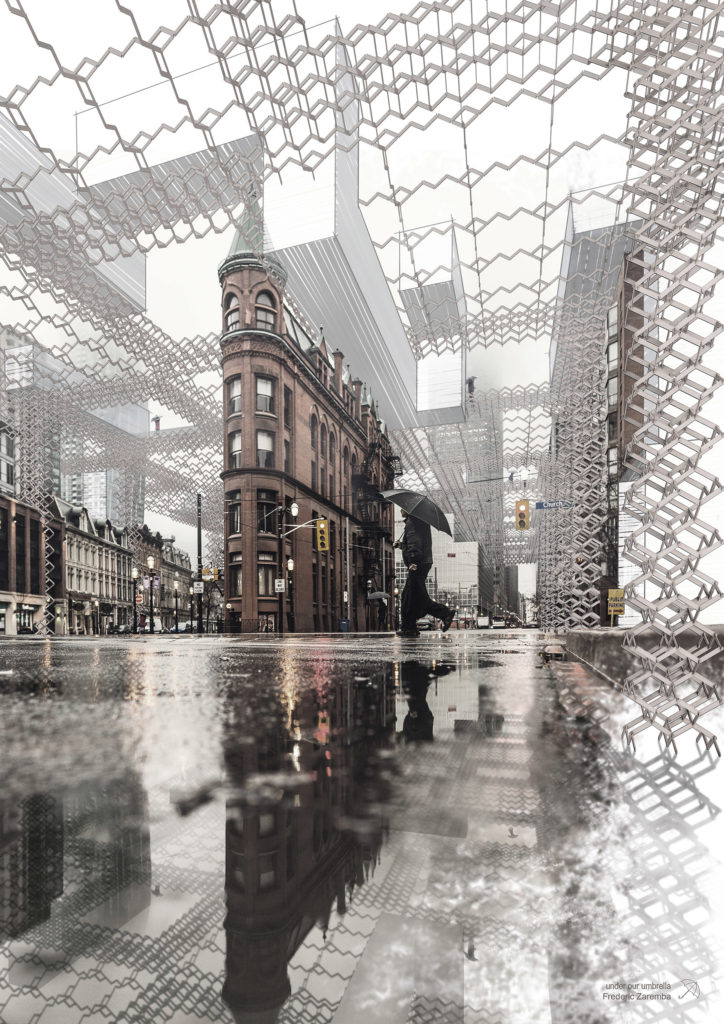 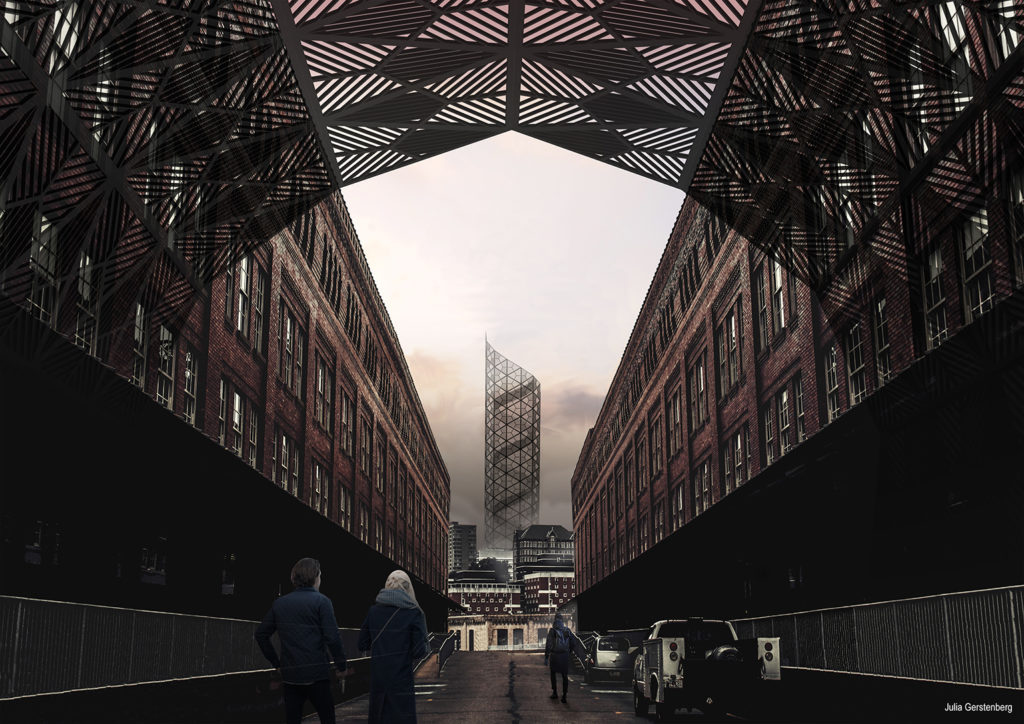 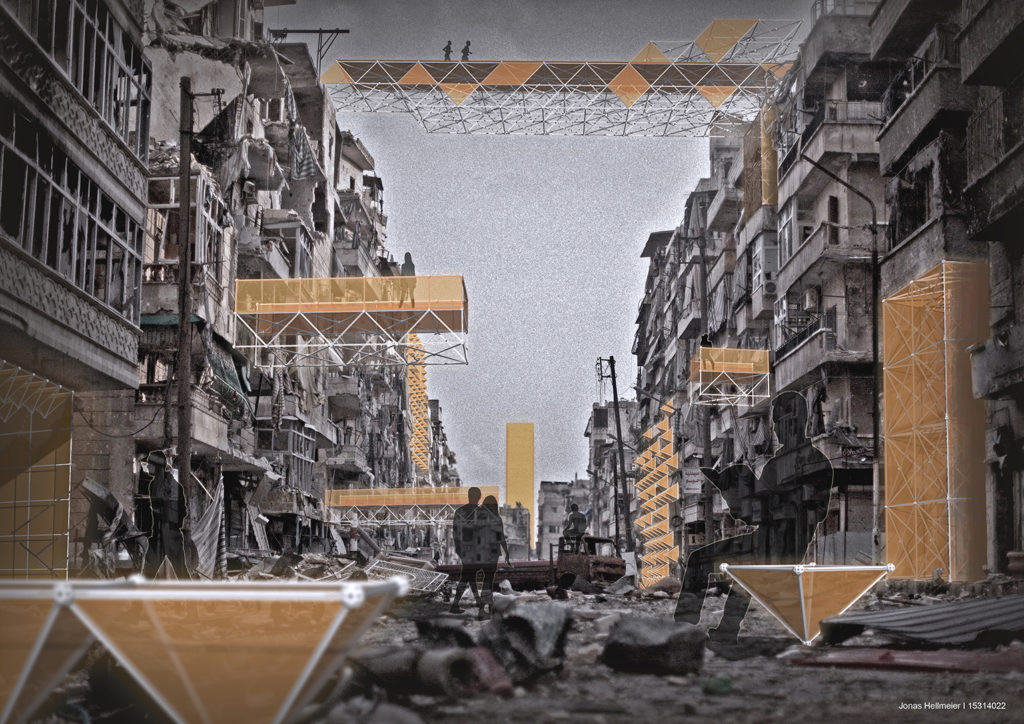 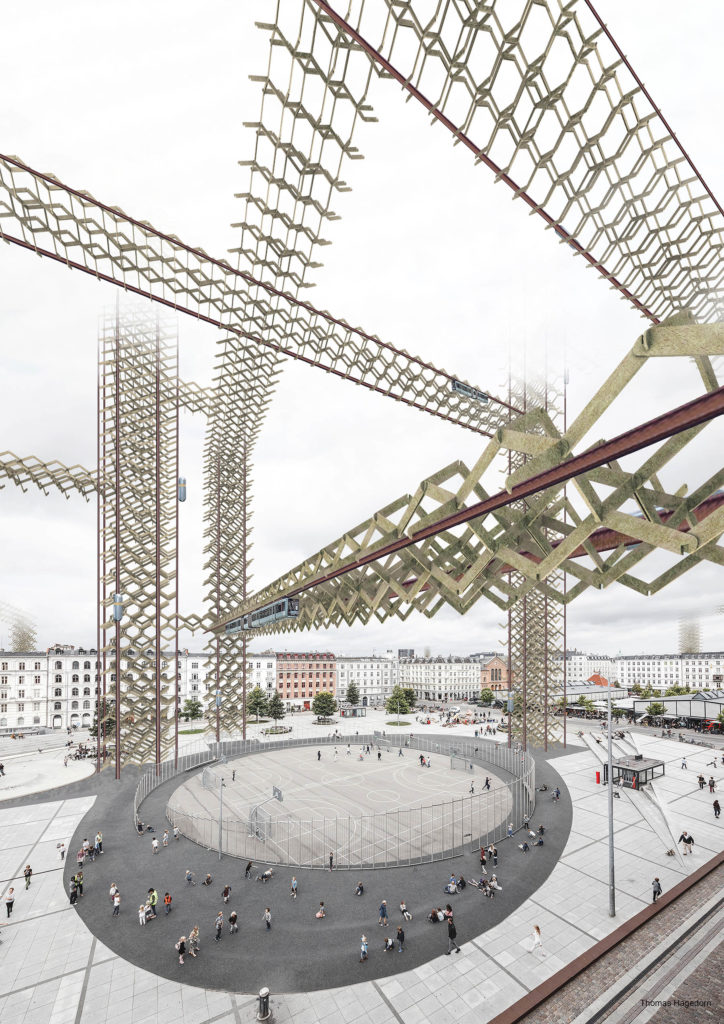 The final approach of this exercise was to explore the opportunities of 3D modeling and various rendering techniques in combination with a crafting based and -inspired way of image processing. In this process the key characteristics of the developed 3D design should be visualized in a ‚multi media‘ or rather ‚multi software‘ workflow.