This semester, MIAD P2 focussed on STALAG 326, a former POW camp near Detmold. The inmates, mostly from the Soviet Union, were forced to live there under unbearable conditions. Many perished. About 65.000 men were buried in a nearby cemetery. After WWII, the site was used for the internment of suspected war criminals. Later, it became a refugee camp for displaced persons who came to West Germany from Eastern Europe. Currently, the compound is being used as a police academy. Based on a study done by UrbanLab earlier this year, the project aimed at reorganizing the site and centered on the design of a visitor center and memorial.

On July 17th, the final presentation was held on-site in the former delousing building. Afterward, the exhibition of student work was opened by the head of the Stalag memorial, Oliver Nickel, and the president of the parliament of the state of Northrhine-Westphalia, André Kuper. Mr. Kuper is also the head of the steering committee for the proposed reorganization of the site. Mr. Kuper said he was impressed by the quality and diversity of the student work, which he considers a valuable contribution to the ongoing discussion. He added that the exhibition installation also demonstrates that the delousing building can be a valuable part of the future memorial. 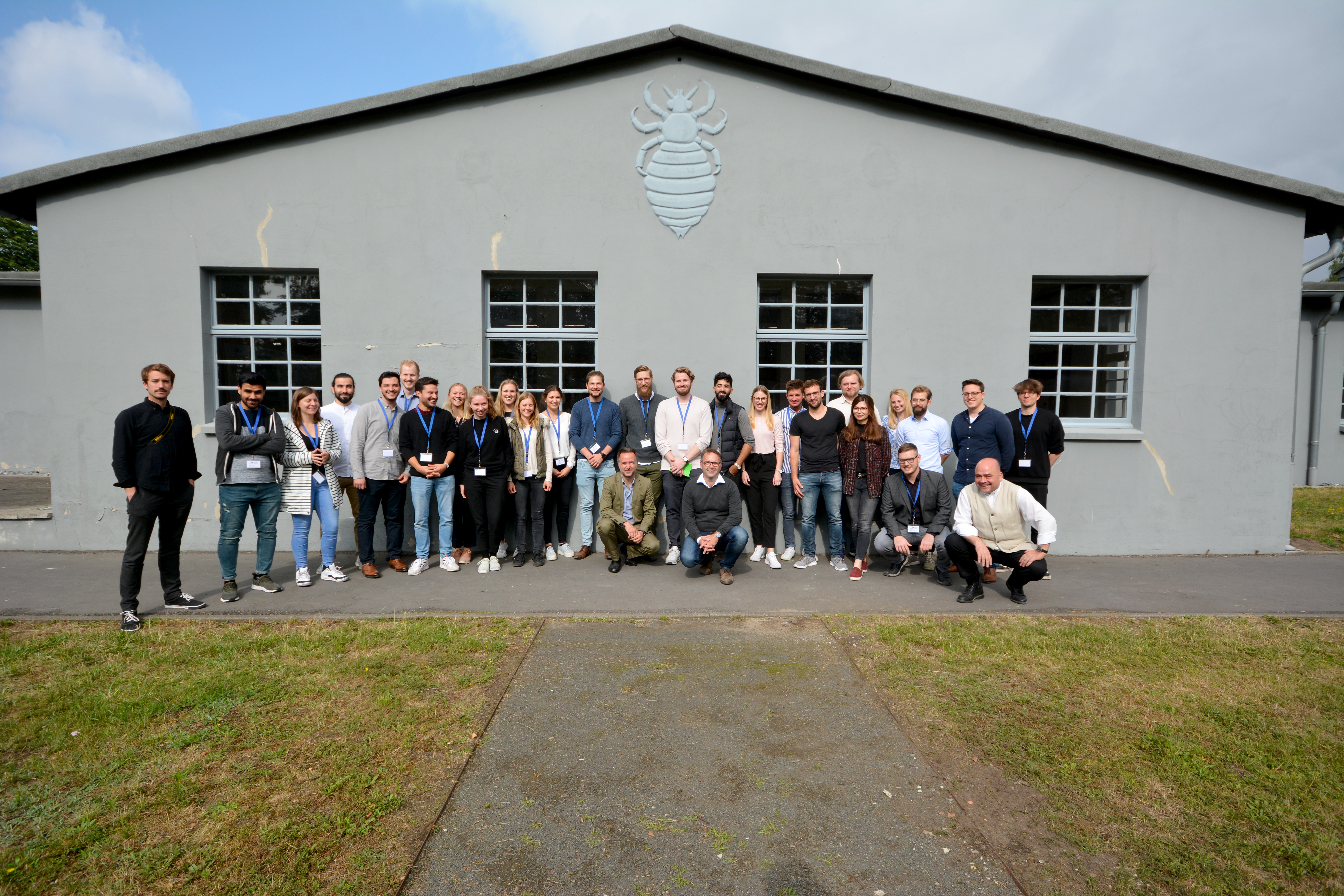 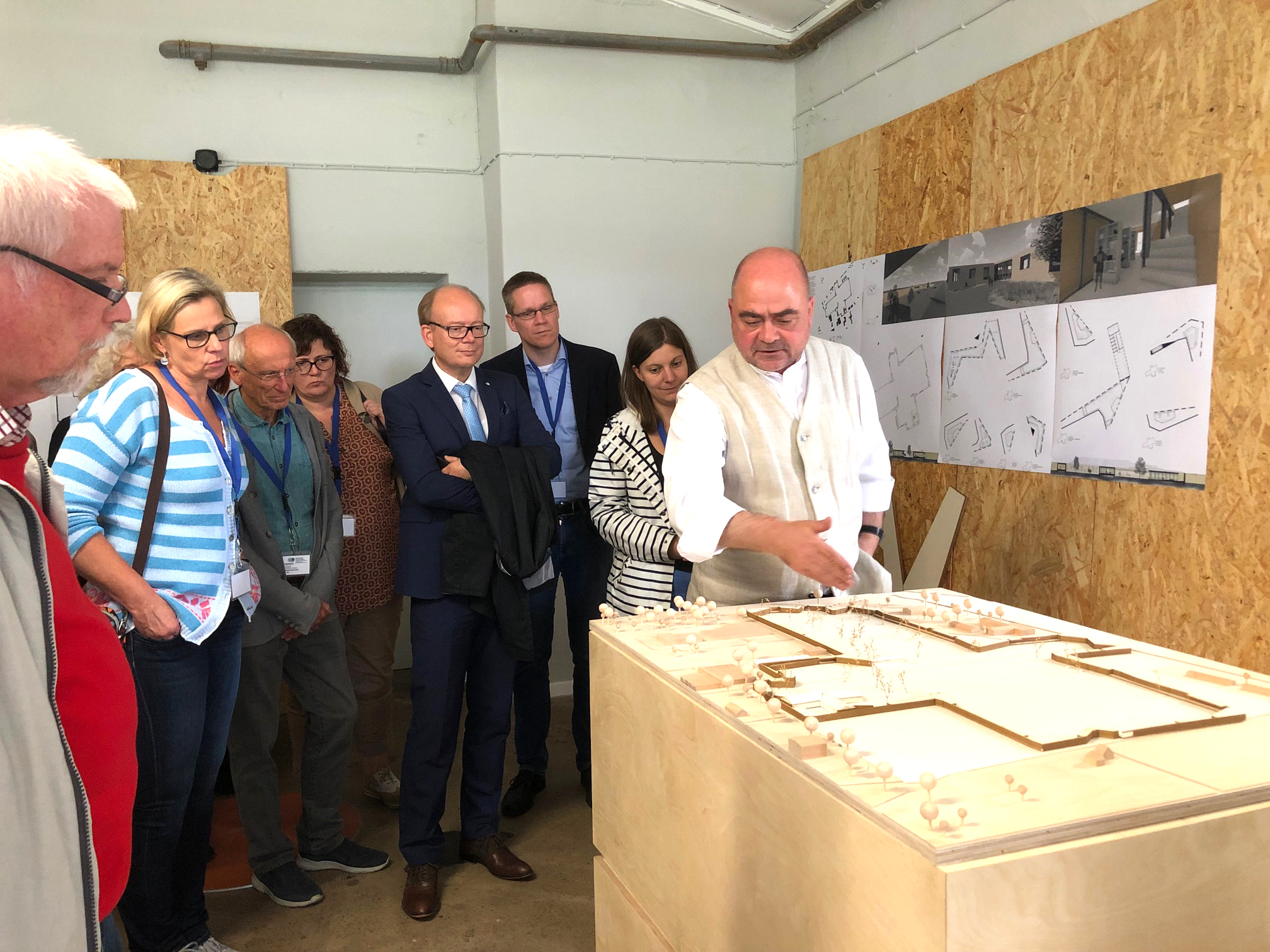 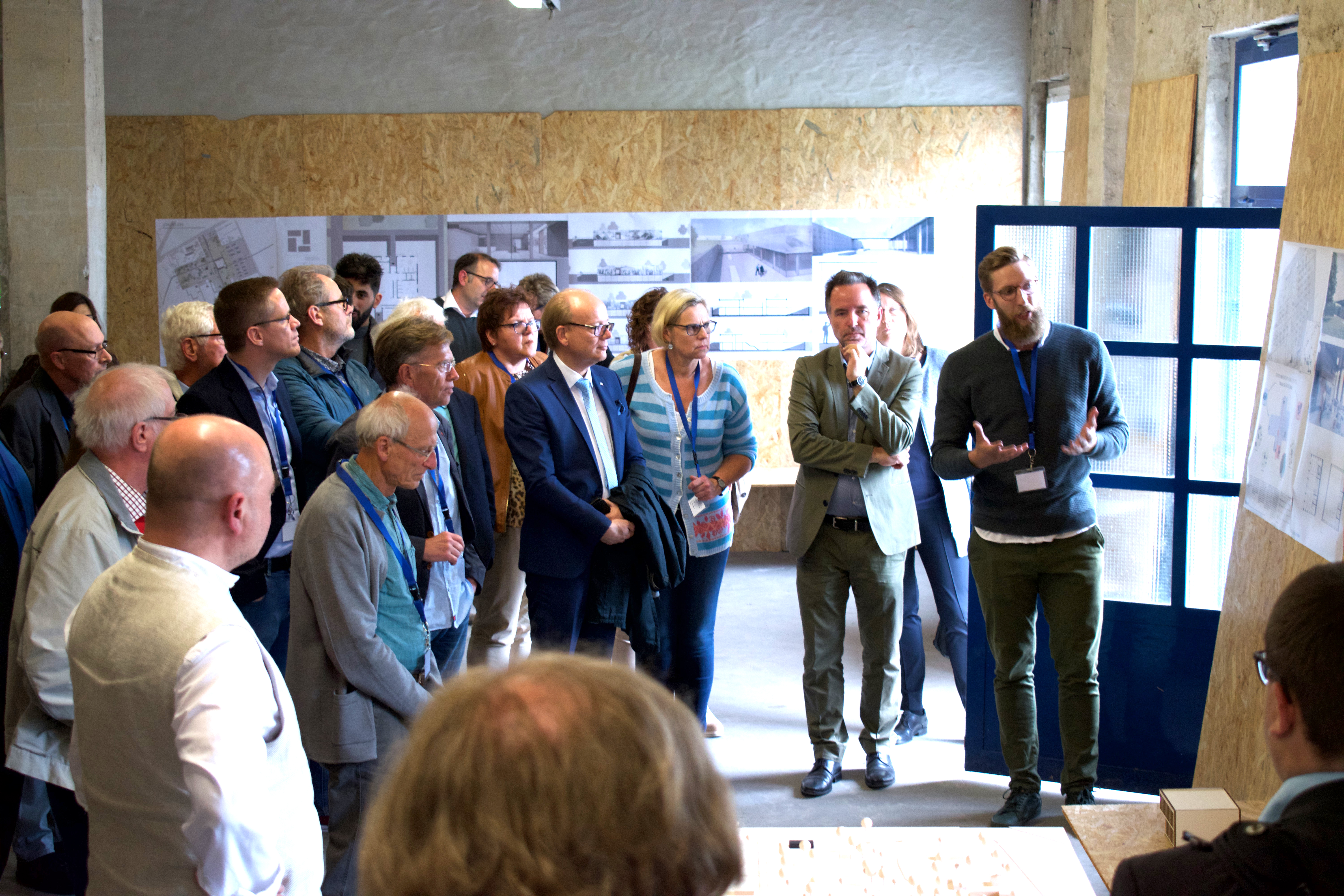